On the 21st May 2012 Lovell Chohan Solicitors took part in the London Legal Walk to raise money for The London Legal Support Trust, a charity, and raised a record breaking £15,172.65 in just 3 weeks, however the cheque pictured was printed 5 days prior to the event, and at the last count the figure was £17,472.15

This renowned event was a 10km sponsored walk around some of London's legal landmarks, and was probably the largest annual gathering of lawyers and judiciary in the world.

Leading from the top of the English legal hierarchy was Lord Chief Justice Judge, The Master of the Rolls, The Presidents of The Law Society and ILEX and the Chairman of the Bar, alongside the DPP, Official Solicitor and of course our team together with 486 others.

Figures supplied by The London Legal Support Trust, organisers of the event, put us on even par with some of the capitals largest law firms and top of the fund raising table as well as setting a new record for funds raised by a single law firm.

One of the capitals largest international law firms, previously held the record of £11,000.00 until Lovell Chohan clearly swept the board and dominated the 2012 fund raising event.

The firm’s event organiser, Chris Shearwood stated ‘it was, and has always been team effort that drove our participation to be as successful as it was and clearly placed us on the map. This will hopefully encourage similar size firms to raise their stakes and clearly demonstrate they too are capable of equal achievement in future charity events’.

All the money raised will go to support law centres and legal advice agencies in and around London by providing them with grant funding, alongside other forms of support.

Our fund raising page will remain open until 21st August 2012 to collect outstanding pledges and sponsors. Please use the link below to place your online donation.

Everyone at this firm would like to thank all of our 283 sponsors for their support and generosity, it was greatly appreciated. 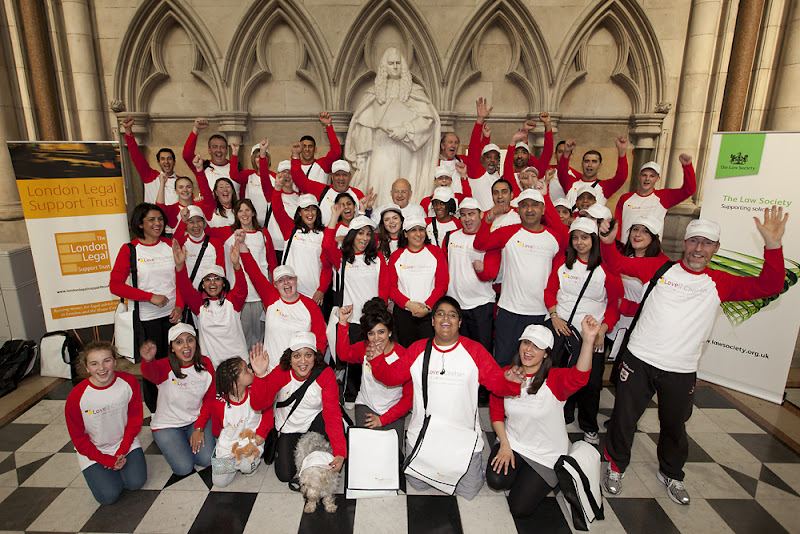 Most Of The Walk Team Pictured With Lord Chief Justice Judge 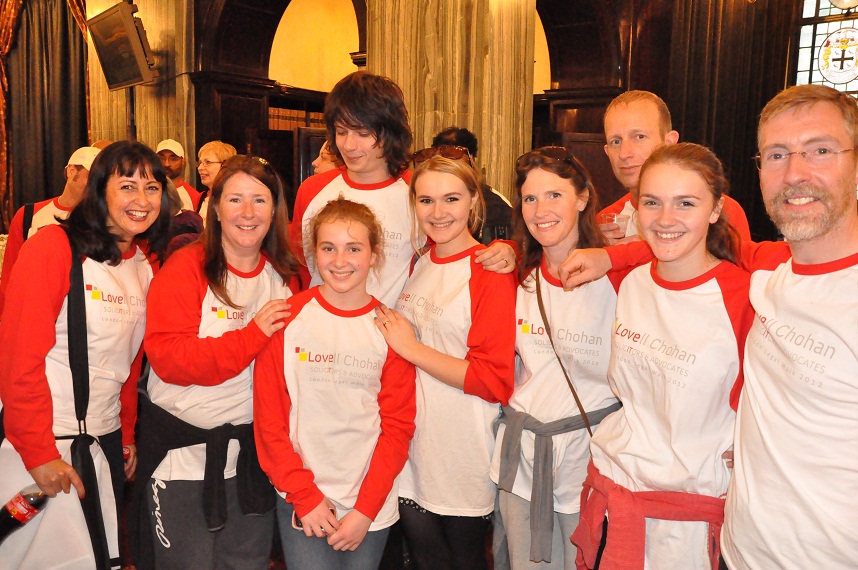 More Of The Walk Team queuing for the bar 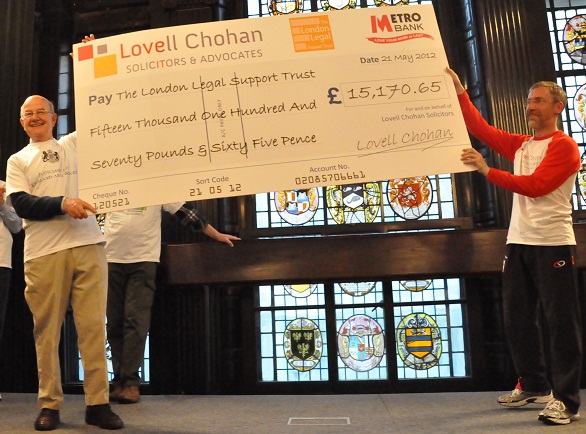 Part Of The Walk Team And Two Very Tall Men 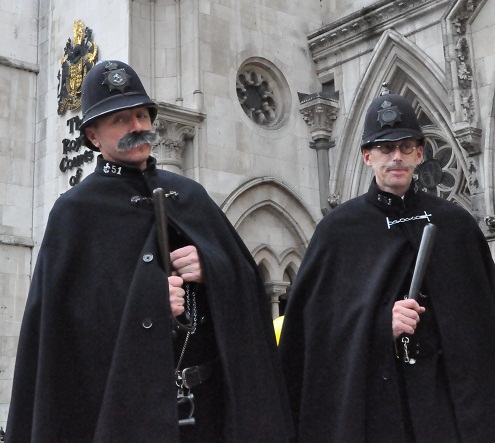 On Duty Outside The Royal Courts Of Justice 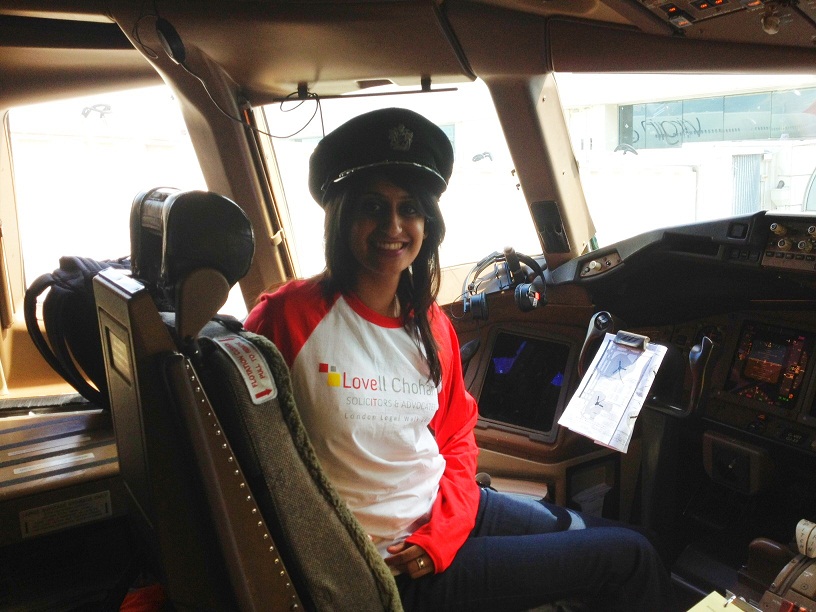 Trainee Solicitor Flies Around London Legal Walk in a Boeing 747... 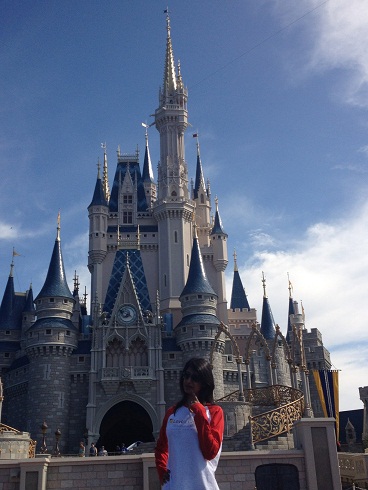 Well It Looked Like The Royal Courts Of Justice at 30,000ft 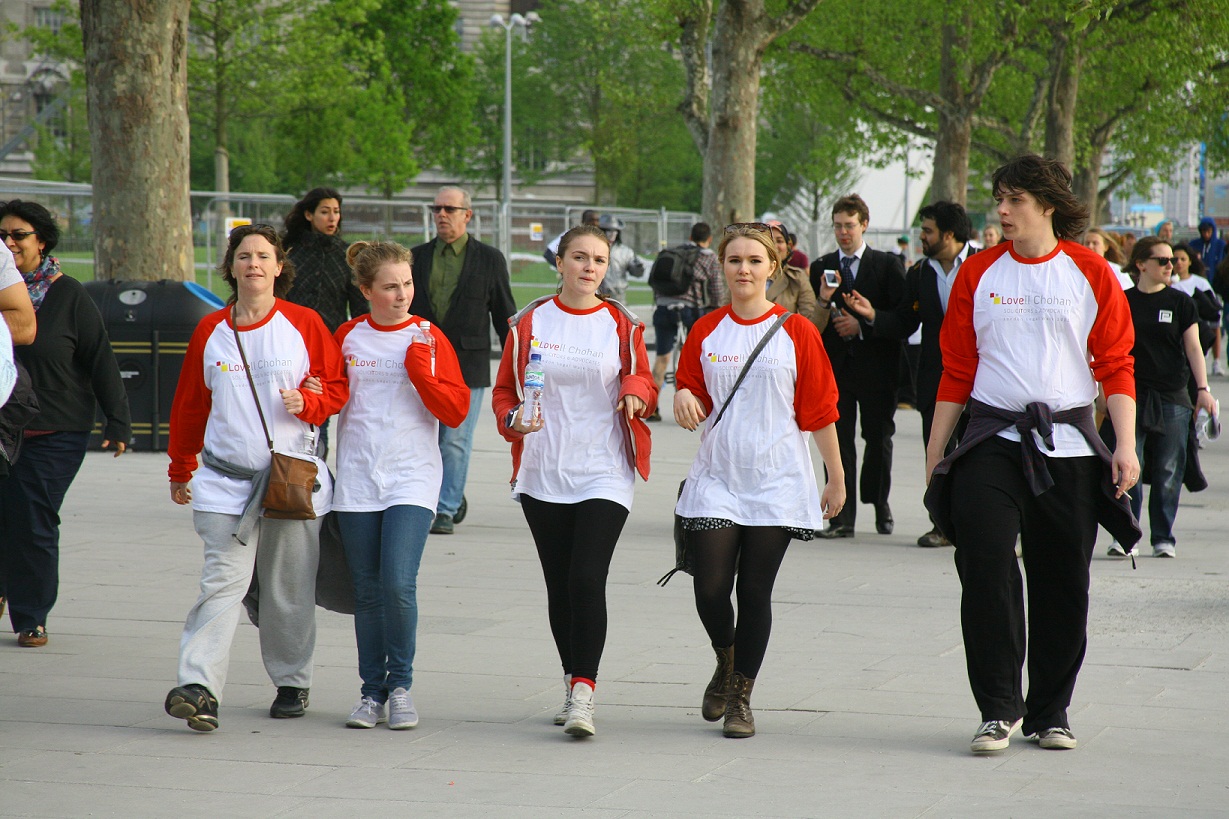 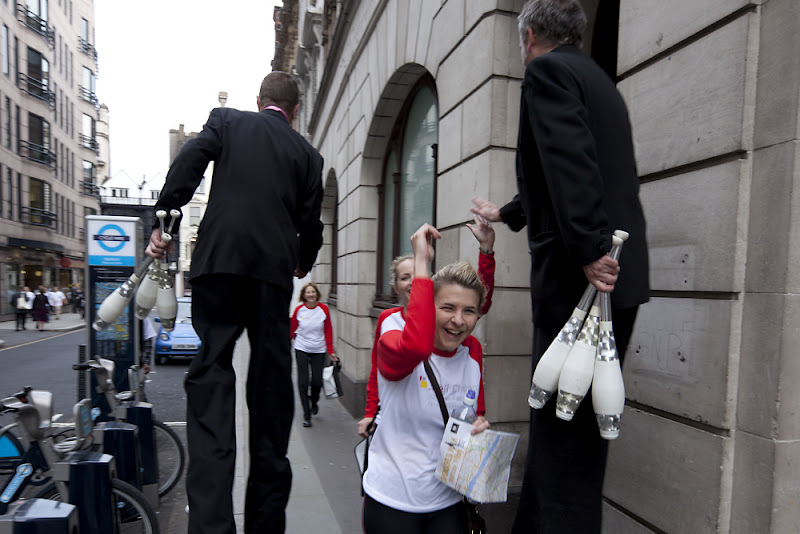 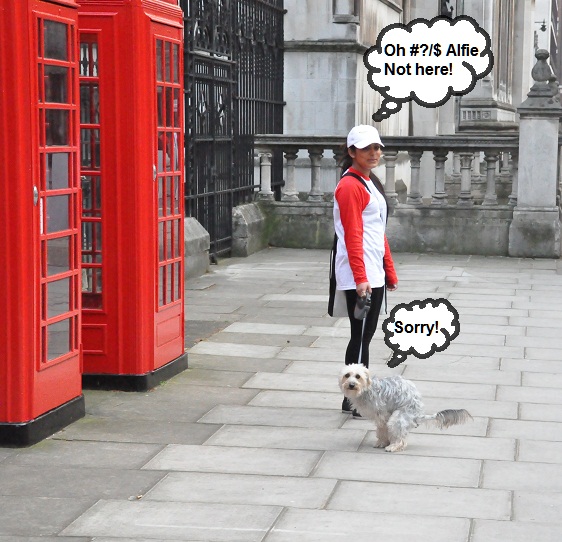 Alfie The Mascot With Simran

We use a range of cookies to improve your experience of our site. Find out more.